Home >>> Blog >>> How to make an Industrial Degreaser? 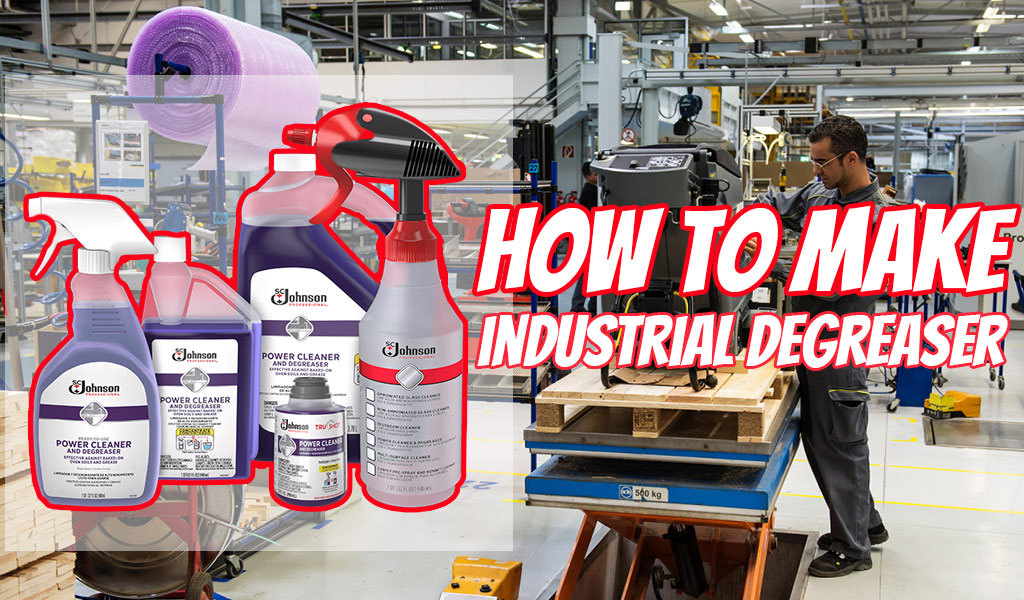 Degreasers are basically cleaning agents, acting like a solvent. They are chemical substances that dissolve water-insoluble materials from surfaces such as floors, appliances, concrete, tools and machines.

Examples of those water-insoluble substances are greases, oils, waxes, lubricants, corrosion dust, paints etc.Degreasers have a wide range of uses.

It can be utilized in various sectors such as aviation, printing, marine, vehicles, construction and metal fabrication.

Degreasers can also be used in kitchens, restaurants and other heavy duty cleaning services. Some degreasers, particularly the chlorine based ones, can act as disinfectants.

There are different types of degreasers based on its composition, water-based, flammable, non-flammable, emulsifying degreasers etc.

However, the most common degreasers are made from hydrocarbon solvents such as kerosene and xylene. In this article, we will be discussing how to make an industrial degreaser, particularly for kitchen use.

Before venturing into production, the producer must first determine the type of ingredients to use.Environmental regulations and safety measures should be put in consideration.

An important characteristic of a good degreaser is its ability to erase a water-insoluble substance, furthermore, disintegrating it to an environmentally friendly substance.

The most popular active constituents of a degreaser may include sodium tripolyphosphate, sodium meta silicate, sodium carbonate, Ethylenediaminetetraacetate (EDTA) etc.Depending on choice of application, a sprayer might be purchased.

When making a degreaser, there are different methods applicable. Depending on your choice, a vinegar, sodium carbonate or a solution of ammonia.

These ingredients, when used alone, produces excellent and effective degreasers, however, for better and more efficient cleaning. Below are various ways to produce degreaser for kitchen use: